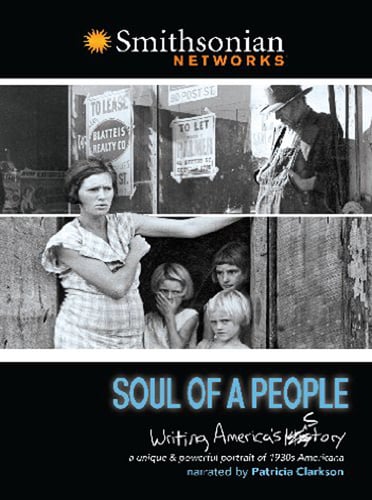 Soul of a People - DVD

Soul of a People is currently on back order and will be available soon.

Broadcast on the Smithsonian Network, SOUL OF A PEOPLE: WRITING AMERICA’S STORY is the story of the most chaotic publishing venture in U.S. history, the Federal Writers Project. In the grip of the Great Depression, unemployed men and women joined an unlikely WPA program to document America in guidebooks and interviews. With the Federal Writers’ Project, the government pitted young, untested talents against the problems of everyday Americans. From that experience, some of America’s great writers found their own voices, and discovered the Soul of a People. Narrated by award-winning actress Patricia Clarkson (The Station Agent) and broadcast on the Smithsonian Channel, Soul of a People was an Official Selection of the Kent International Film Festival and was nominated for the WGA Award.